04/02/1908: he was born in Pieve Porto Morone, in the province of Pavia; the youngest, with four brothers and two sisters

after having studied in a technical high school in Pavia, in 1926 he undertakes two years of studies  in Mathematics at the University of Pavia; he then moves to Turin to continue his studies in Architecture 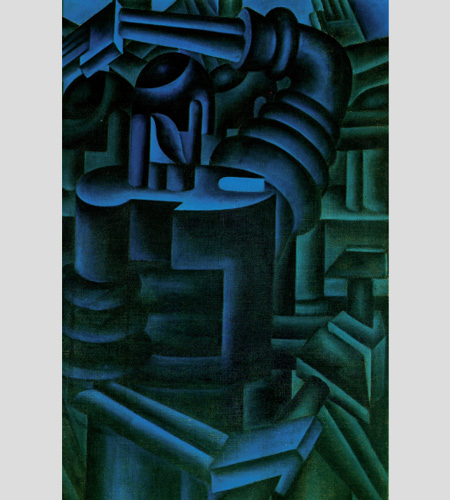 takes part in the events of the second generation of Futurists still nineteen in Pavia and then in Turin; in 1933, with his work Introspezione, he is among the two hundred exhibitors at the Grande Mostra Nazionale Futurista in Rome, under the aegis of Marinetti 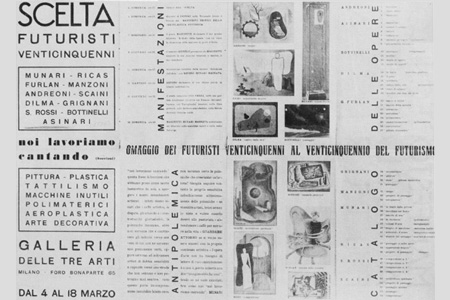 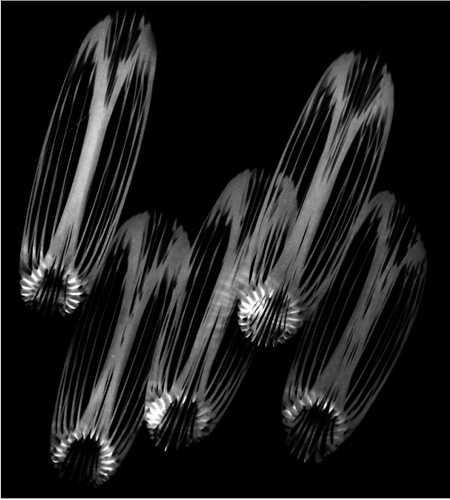 his figurative experimentations dedicated – in typical Futurist fashion – to speed and mechanics lasts only about six years, and from 1935 he moves onto more abstract subjects, especially through photography; his first graphic works were shown in a collective exhibition at the Italian Pavilion of the Arts et Techniques dans la Vie moderne International Expo in Paris in 1937 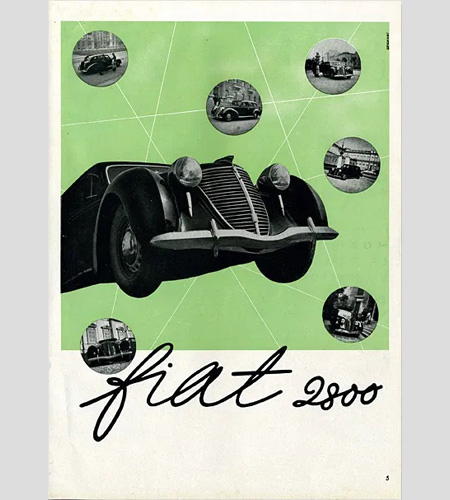 1938: begins his pioneering activity as a graphic designer; he works for firms like Cyma-Tavannes, SCAC, Fiat, Editoriale Domus, Electrolux, Fratelli Borletti, and many others 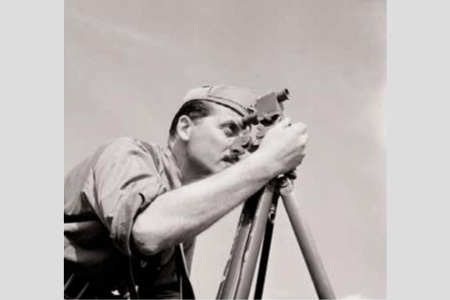 1940: is called up by the army at the beginning of the Second World War and is assigned as an officer in charge of an aircraft-sighting course within the Sighting School; teaching others how to quickly spot moving shapes in a short timeframe led him to what will become the final essence of his work in visual analysis, in particular the interdependence between the eye and the mind 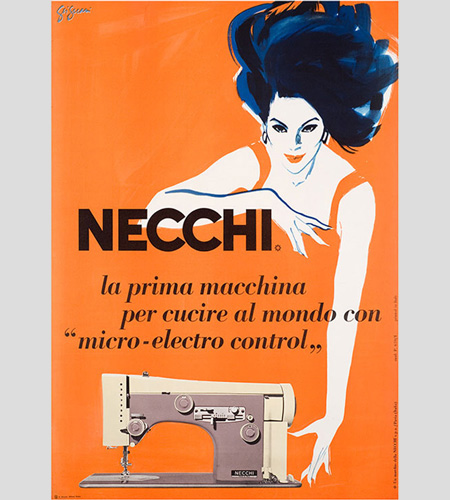 1942: marries Jeanne Michot, a fashion figure artist for brands of national importance who greatly supports him for years in a duo of close collaboration 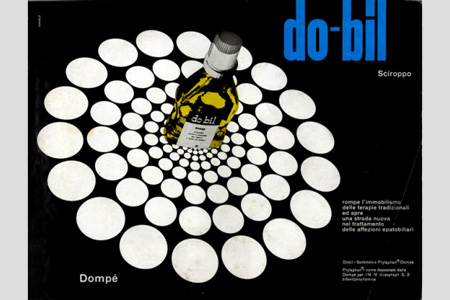 1947: becomes the Artistic Director of Bellezza d’Italia, the house organ of Dompé Farmaceutici, for which he designs until 1961 numerous covers and advertisements which are seen as a true revolution compared to other 1950s ads of romanticised work and family life 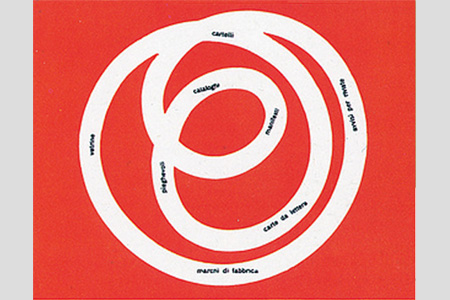 since the early 1950s, for a decade, he collaborates with Studio Boggeri, one of the best and most important design studios in the world 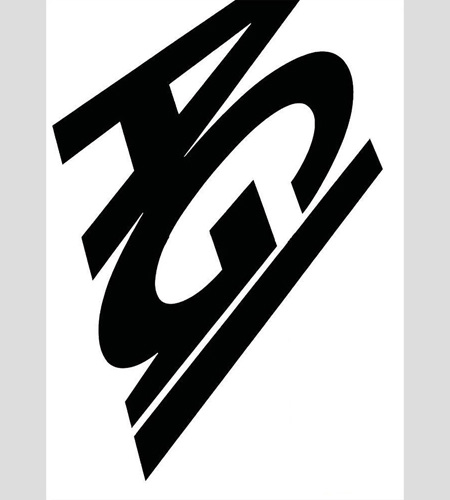 1952: the five founders of AGI, the Alliance Graphique Internationale, select the 60 best graphic designers in the world to create the first historic group: Grignani is invited from Italy together with Bruno Munari, Giovanni Pintori, and Erberto Carboni; from 1969 to 1981 he will be the president of the Italian section 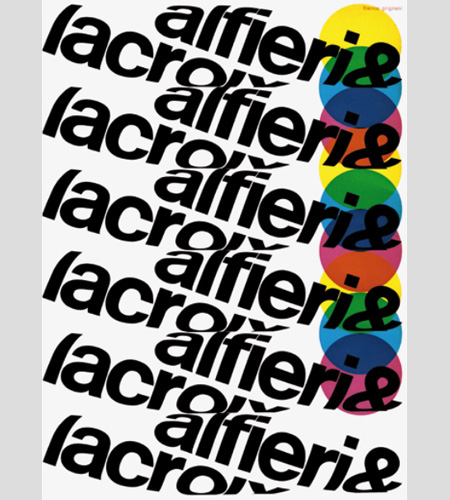 1952: starts a 27 year-long fruitful cooperation with the renowned Italian printing company Alfieri & Lacroix, which allows him full creative freedom in carrying out the corporate advertising campaign 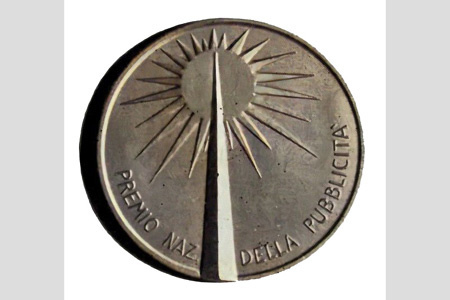 1954: wins the Award for the colour advertising page for Bellezza d’Italia, participating for his first time in the National Advertising Award (Premio Nazionale della Pubblicità) 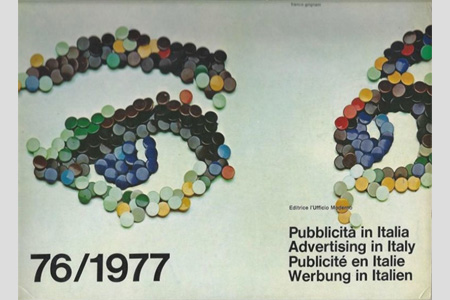 1956: becomes Art Director, content selector, and author for the magazine Pubblicità in Italia from the start to its closure in 1985

Gold medal at the Triennale of Milan 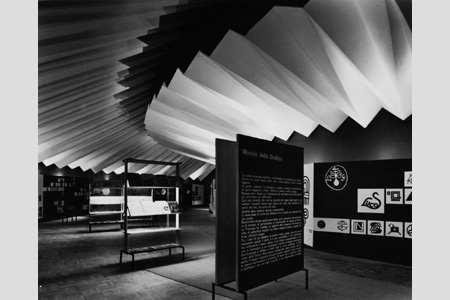 1957: wins the gold medal for the planning of the arrangement and the setting of the Graphic Arts exhibition at the XI Triennale in Milan; among his clients of this period appear Montecatini – for which, in addition to many product ads (Ducotone, Meraklon, Moplen, Movil), he designs several pavilions at the Fiera Campionaria in Milan – and Montedison, Mondadori, Marzotto, Necchi, Pirelli, Fiat, Ermenegildo Zegna, Bassetti, Italfarmaco, Sandoz, Bayer… 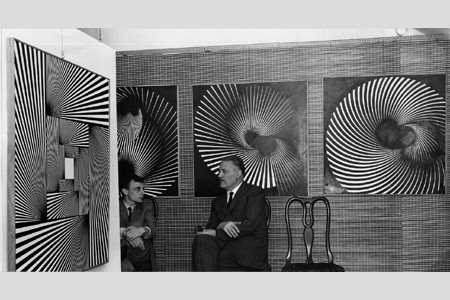 from 1958 onwards, he exhibits his works in solo in the most-renowned galleries in Italy and abroad, and in a whole host of public institutions; he takes part in many collective exhibitions as well 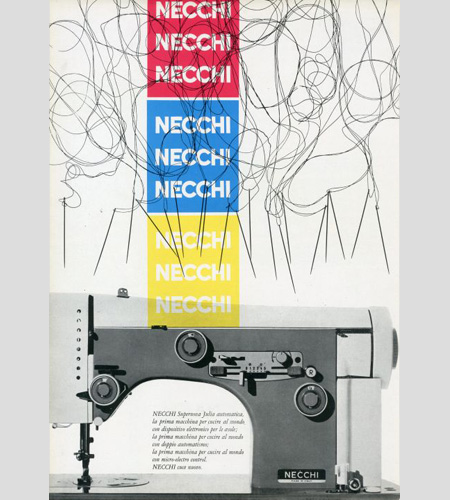 1959: wins the Golden Palm-Tree for Advertising together with Necchi

1961: the advertising campaign carried out for Alfieri & Lacroix earns him the gold medal of the 11th National Advertising Award for specialised advertising for technical magazines (XI Premio Nazionale della Pubblicità per l’annuncio specializzato per riviste tecniche) 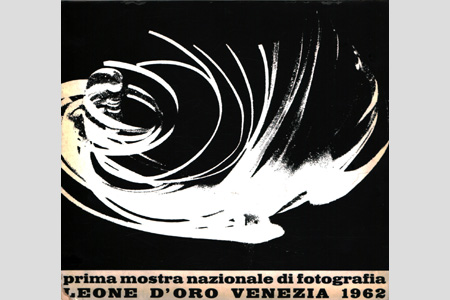 1962: wins the Leone d’Argento at the first national photography exhibition in Venice

1963: designs what will become the best logo ever 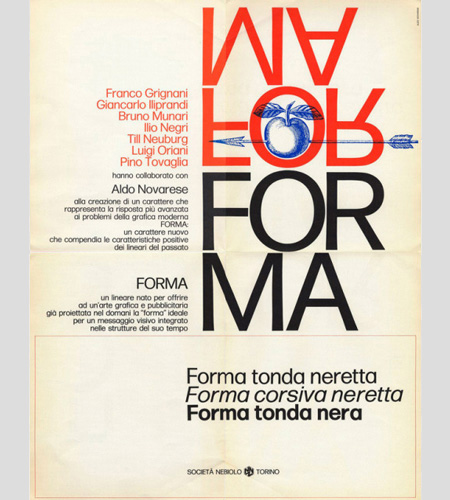 1965: is called to sit beside Aldo Novarese, director of Nebiolo’s Studio Artistico, to collaborate on new typefaces with Pino Tovaglia, Giancarlo Iliprandi, Bruno Munari, Ilio Negri, Till Neuburg, and Luigi Oriani for over a decade 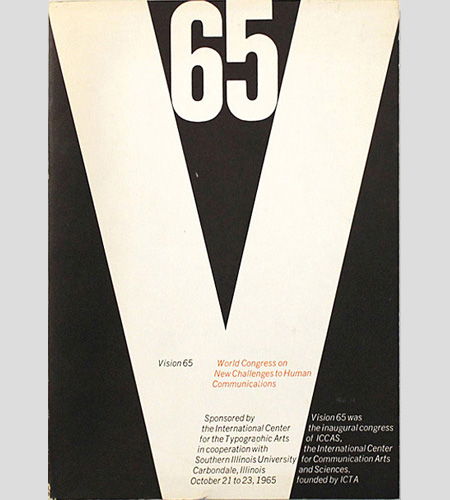 23/10/1965: as a lecturer, he participates in the Vision 65 conference, the first World Congress on New Challenges to Human Communication, at the Southern Illinois University of Carbondale 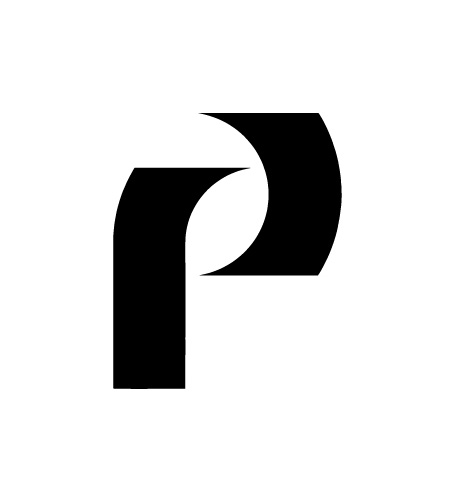 November 1966: absolute winner in the contest for the new Piaggio logo 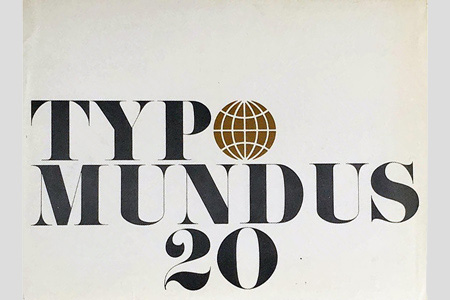 1967: receives the highly coveted recognition merit of the ICTA, the International Center for the Typographic Arts of New York, for the Typomundus 20 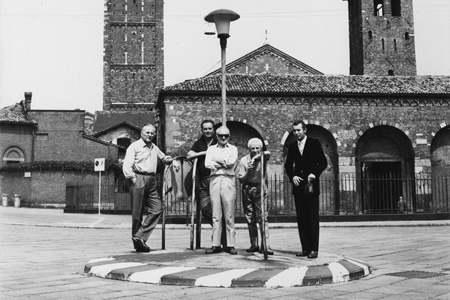 1968: participates – till 1976 – within the Exhibition Design (ED) group, founded by Silvio Coppola, with Giulio Confalonieri, Bruno Munari, Pino Tovaglia, and Mario Bellini with aims of research, design, and dissemination 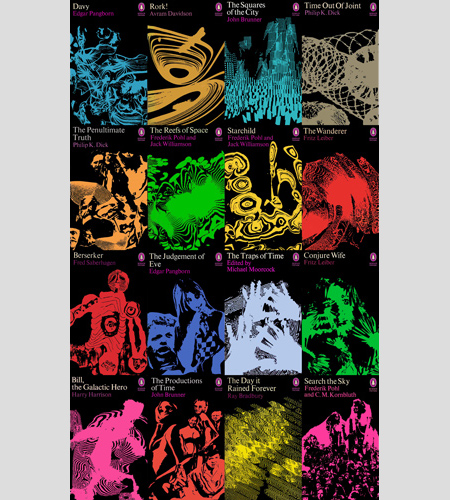 1968: is commissioned for the cover design of sixteen science fiction novels for Penguin Books, to be published the following two years

September 1969: participates in the jury of ten international designers in Stuttgart for the selection of the twentieth-century communication graphics 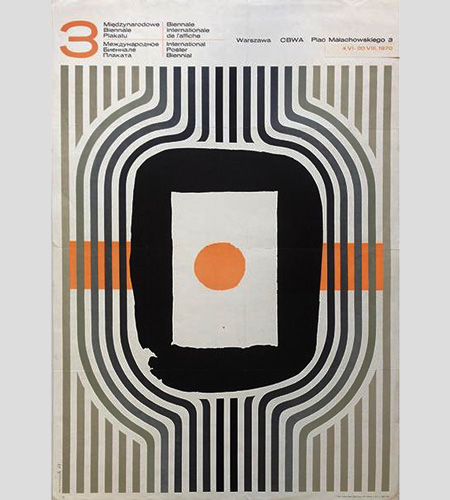 1970: member of the jury of the 3rd International Poster Biennale in Warsaw 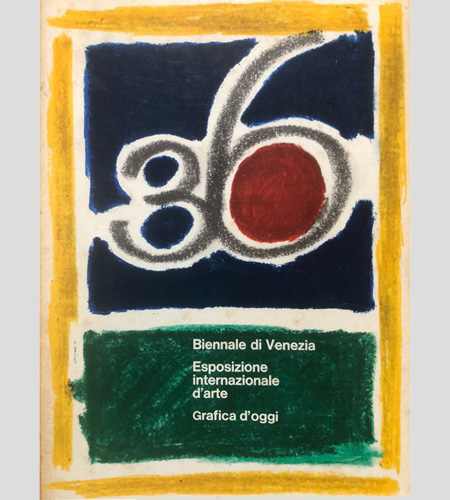 1972: participates at the 36th Biennale of Venice in the Experimental Graphics section 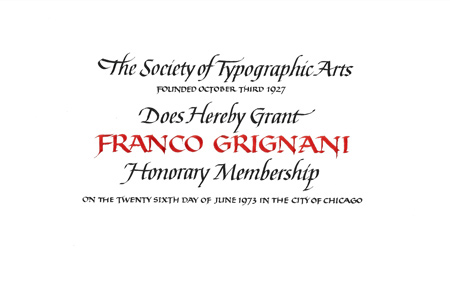 26/06/1973: is elected Honorary Member of the STA, the Society of Typographic Arts of Chicago 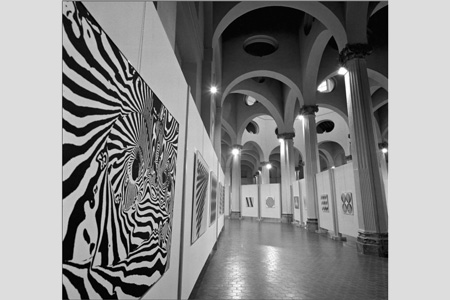 1975: the City of Milan organizes a retrospective exhibit of his work at the Rotonda della Besana with more than one hundred and forty works; from then on he devotes himself almost exclusively to art

1980: NABA, the Nuova Accademia di Belle Arti, opens in Milan, and he is asked to become part of its teaching staff and head of the visual department, which is still named today in his memory

back to Pieve Porto Morone 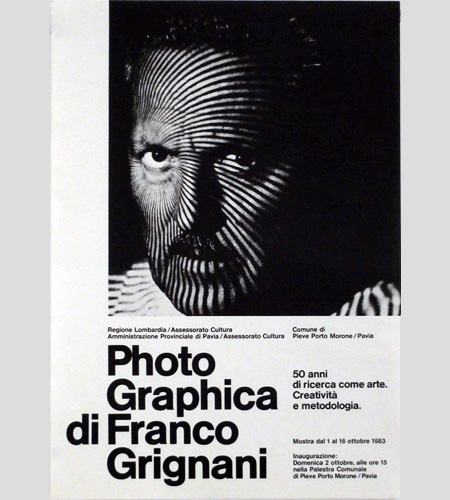 Even looking back on his work as a whole, it’s impossible to confine Grignani to a specific movement, not least because he made a point to be different from everyone else.
Despite his solitary research, he was highly influential within studies and inquiries into visual perception, as well as international graphics.
The constant evolution of his graphic work, as well as the coherence of his method, have always aroused a keen interest among young graphic designers.